Home 5 About 5 Board and Staff

For general inquiries please email us at info@tiayukon.com. 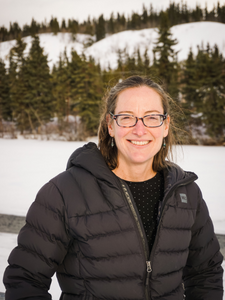 Julie Dufresne has nearly twenty years of experience in research and program management in adult education, labour market and health, working in the academic, governmental, and non-profit sectors. As Director of Operations since August 2021, Julie is responsible for planning, coordinating and overseeing the smooth operation of programs and services offered by TIA Yukon in support of the tourism industry.

She thrives on challenges and enjoys learning, which partly explains why she is now working in tourism. Her passions include the Yukon backcountry, hiking, fishing, hunting, and travelling the world whenever possible. 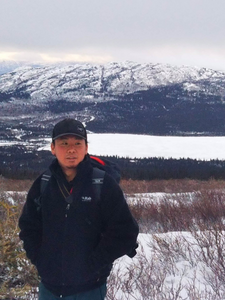 Yuya Matoba first came to the Yukon in 2012, following his studies in sustainable community development and field studies in Ghana. After spending a year in the Yukon, Yuya returned to his home country of Japan to finish school and get some work experience. Yuya eventually found his way back to the Yukon after falling in love with the territory.

Yuya channeled his passion for the Yukon into his work in the tourism industry. After several years working as a tour guide, Yuya wished to extend his knowledge of Yukon’s tourism industry by joining the TIA Yukon team as the Interim Office Manager in September 2022. 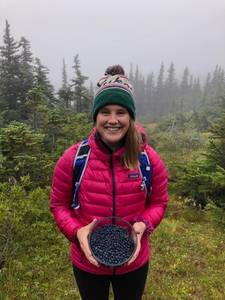 Fresh out of University in 2012, Coralie started at TIA Yukon as a STEP Summer student for a year to put her Tourism & Environment degree from Brock University to work in her hometown. A few years at both Yukon Brewing and the Yukon Convention Bureau, Coralie’s passion for local food called her back to TIA Yukon in 2019 to take on the role as Project Manager for the Yukon Culinary Tourism Development Strategy. What was supposed to be a year-long contract turned into taking on many roles at TIA Yukon, including TIA Yukon’s flagship funding program, Elevate. When Coralie is not working, you can find her foraging in Yukon’s forests when snow is not on the ground and playing hockey during the winter months. 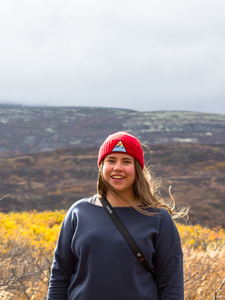 After graduating university with a BSc in Conservation Biology from the University of Alberta, Erin moved to the Yukon to pursue her canoe guiding dreams in the Yukon. Erin joined the TIA Yukon team in September 2020 as the Communications and Special Projects Coordinator, looking to continue her work in the tourism industry. Erin makes sure that Yukon’s tourism industry is kept up to date on all TIA Yukon happenings and important tourism news through newsletters, the TIA Yukon website, social media, and press releases. Erin also heads up TIA Yukon’s sustainability initiatives and a number of other special projects. Outside of work Erin can be found paddling Yukon’s many rivers and lakes and coaching the local ski racing team in the winter. 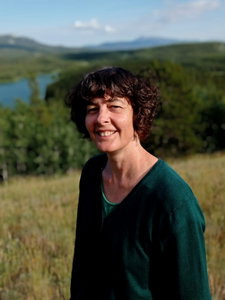 Stéphanie Chevalier has been a non-profit manager and a community builder for more than 20 years, from France, her country of origin, to the Yukon, to Chile, where she has been residing from 2017 until recently. The spell of the Yukon struck again and brought her back to the territory.

Her passion for arts and culture first led her to focus on this field, especially music, media arts, and Indigenous cultures. She later expanded her expertise to the areas of tourism and community development, which are at the centre of her work at TIA Yukon as the Labour Market Development Manager.