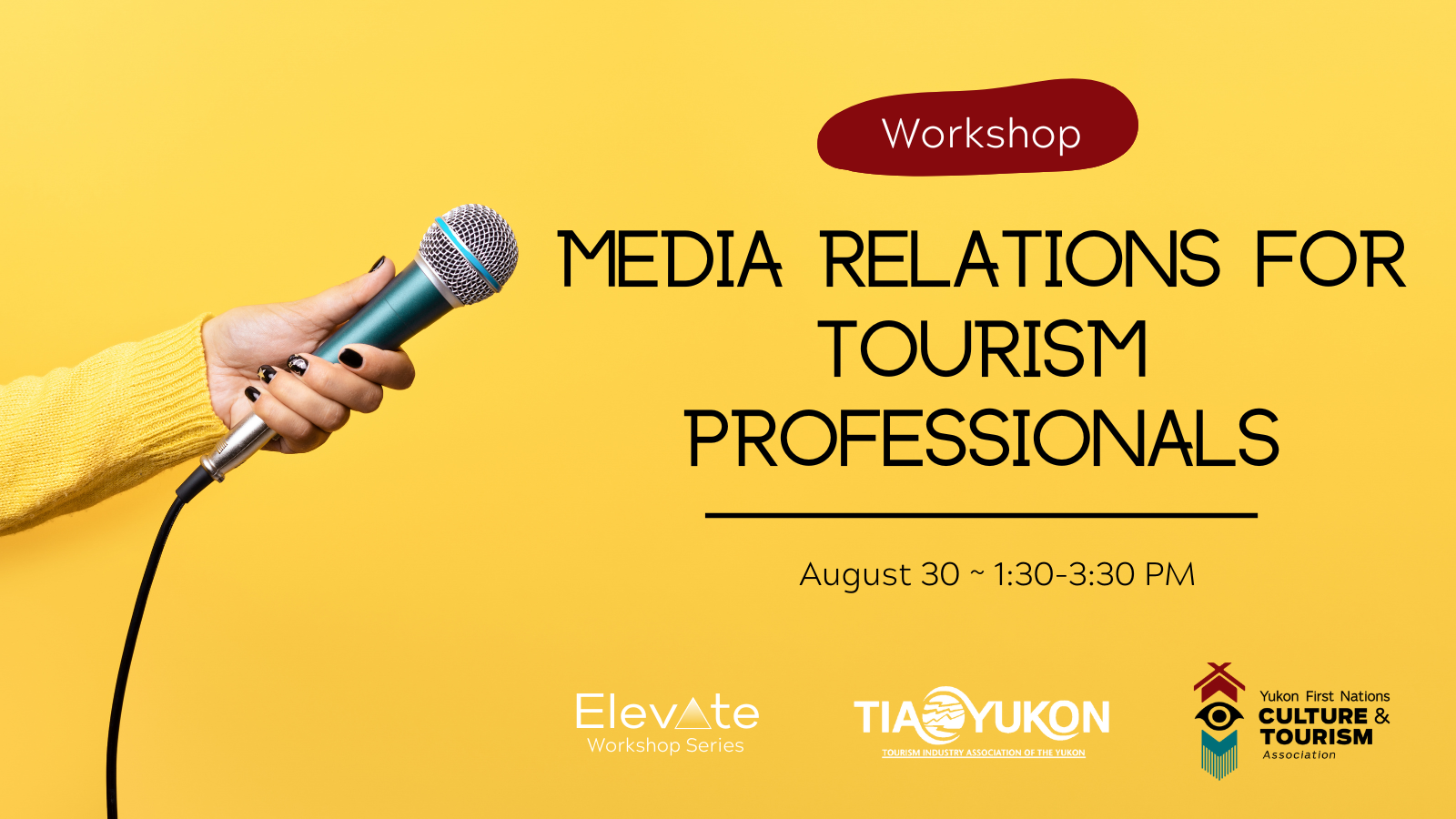 The Elevate Workshop Series continues with Media Relations for Tourism Professionals, in partnership with the Yukon First Nations Culture and Tourism Association.

This workshop will include:

This workshop will be facilitated by Kanina Holmes of the CBC with special guest Leonard Linklater, host of CBC Yukon’s Midday Café radio show.

This workshop will be held through Zoom. Registration is required. Please register here: https://us06web.zoom.us/meeting/register/tZAkdu-hpjMoHN0teBAq8fwYr_kK255k1oOI

Kanina Holmes is an executive producer at CBC Yukon, based in Whitehorse, Yukon. She recently transitioned back to the frontlines of news and current affairs after 18 years as a journalism educator with Carleton University where she became known as an innovator and silo smasher, and as someone who challenged young journalists to go beyond their comfort zones.

She has worked as a national reporter with Global Television, based in the Canadian Prairies. She was also a senior reporter with Reuters, covering agricultural commodities. Her reporting work has taken her to East and Central Africa. In 2017 she launched Stories North (www.storiesnorth.com), an experiential learning program for young reporters focused on shifting narratives as a response to the Calls to Action in Canada’s Truth and Reconciliation Commission.

Leonard Linklater is a member of the Vuntut Gwitchin First Nation, a husband, father to two wonderful young women and a grandfather. He has spent over 35 years reporting on Yukon events starting at the Yukon Indian News moving on to CHON-FM and Nedaa shortly after Northern Native Broadcasting Yukon began its operations.

While Leonard did take time off in the 1990’s to pursue Indigenous Government studies, he never really left Journalism and returned to it after his studies. He has worked as a reporter, producer, web writer, and a host with CBC Yukon for the past 22 years. Leonard believes in the importance of bringing a First Nation perspective to journalism and to Yukoners.